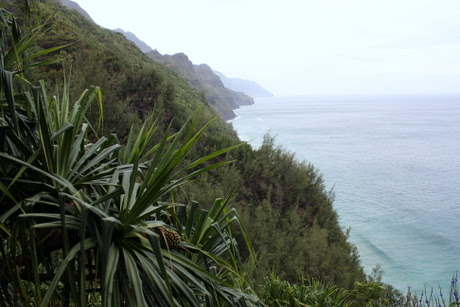 Our first hike in Kauai, the Queen’s Bath, was a great starter hike. From there we moved on to hiking the Na Pali coast, which was by far our most strenuous hike on the trip. However, it was completely worth it. The views we saw on that hike, from gorgeous coastlines to an amazing waterfall, were some of the best on the trip.

About the Na Pali Coast and Trails 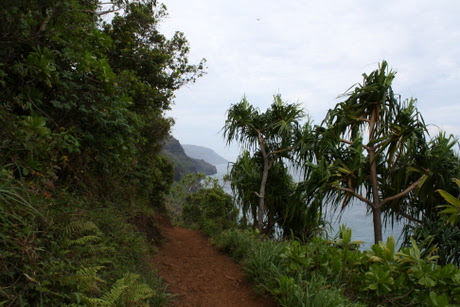 We’ve been hearing about the Na Pali coast since we first started planning the trip. The Na Pali trail begins on the northwest coast of the island where the C-shaped highway that runs around the island ends, and no roads run near the rest of the trail, so you have to hike back the way you came. We read that at one point the state tried to extend the highway through the mountains to complete the circle around the island, but ultimately that project was abandoned because it was too difficult to try to run a road through the mountains.

So, if you were to hike the full length of the trail along the coast, it would be an eleven mile hike one-way (not counting any side trips along trails that branch off of the coastal trail), meaning you’d have to camp overnight before hiking back. At the end of the trail, you could visit a secluded beach which can only be reached by swimming half a mile from the end of the trail around an outcropping cliff to the cove containing the beach. It sounds amazing, but we had so many things we wanted to see in Kauai that we decided a day hike was better suited for us.

We decided to hike two miles along the trail to the first beach, then hike two miles on a side trail to the Hanakapi’ai Falls, then hike back to the beach and then back to our car. So altogether it was about an eight mile hike. We packed our lunches, our cameras, two bottles of water each, a few first aid items like kleenexes, aintibiotic ointment, and bandaids, and otherwise tried to pack light since we’d be carrying everything the entire way.

Altogether, it was a gorgeous hike. The views along the trail to the first beach were gorgeous. 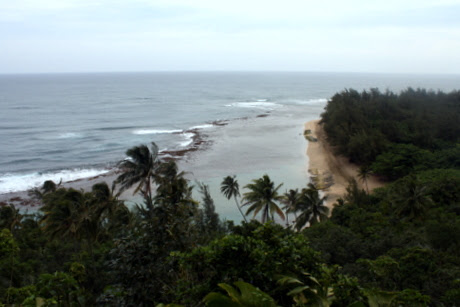 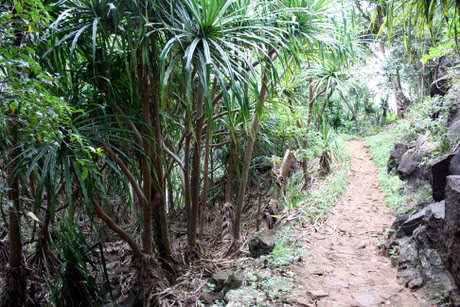 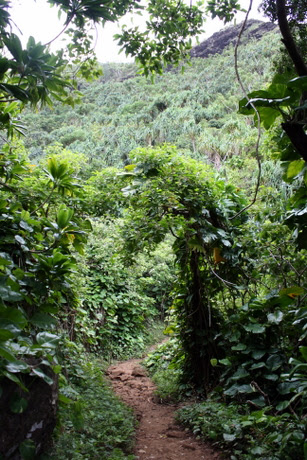 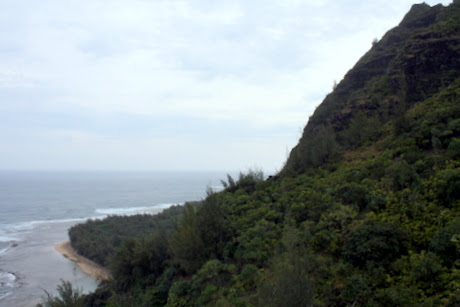 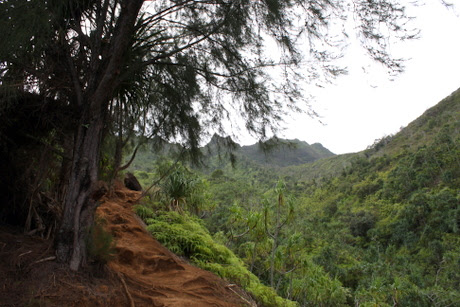 As we approached the beach, we saw a warning sign about the danger of going in the water, similar to that of what we saw at the Queen’s Bath. 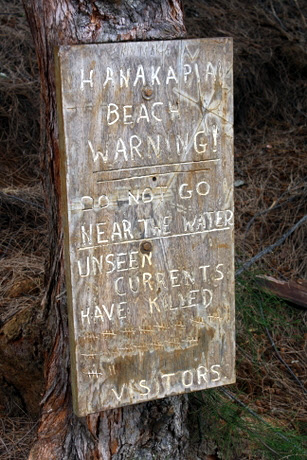 The views at the first beach were also amazing! I loved the cairns that hikers had built all over the rocky beach. 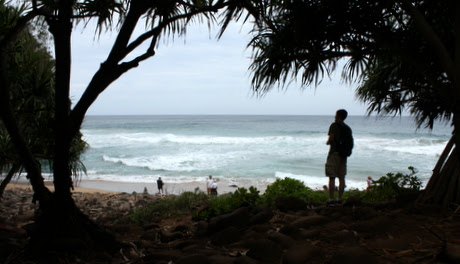 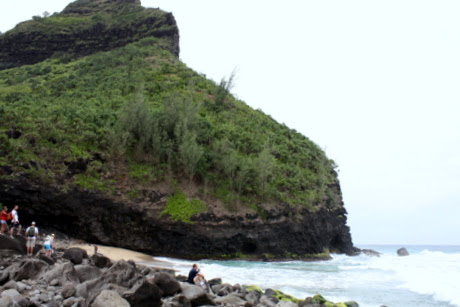 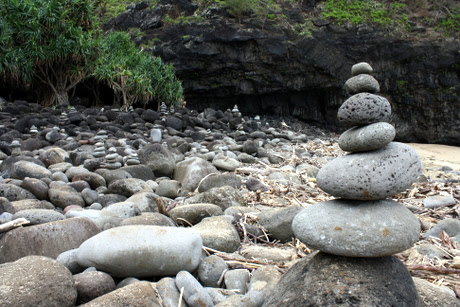 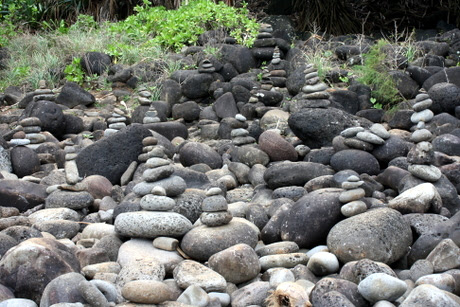 The hike to the waterfall also had some great views along the way, including massive stands of bamboo trees in the center of a clearing since their root system prevented any large plants from growing nearby. 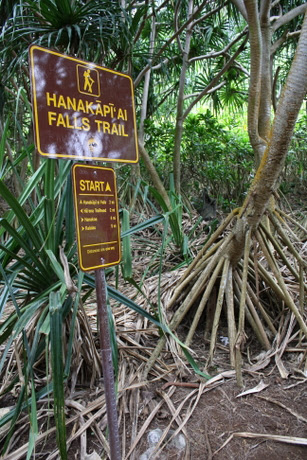 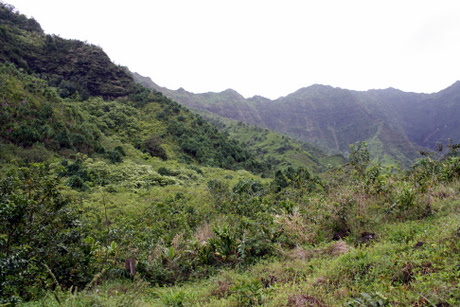 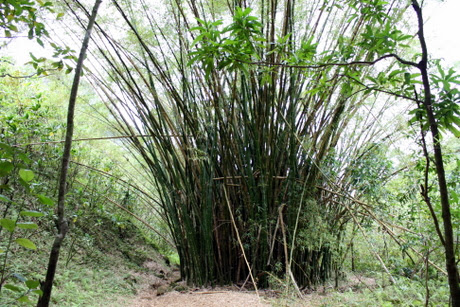 And the waterfall was absolutely breathtaking. Photos don’t do it justice. 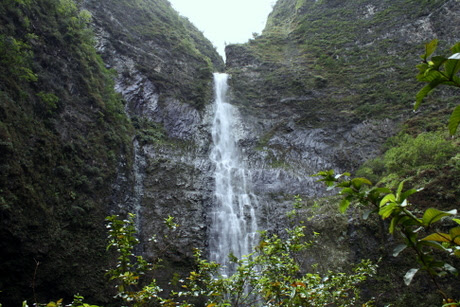 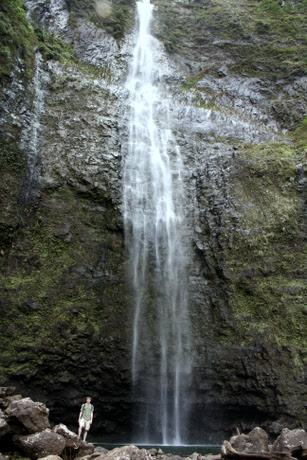 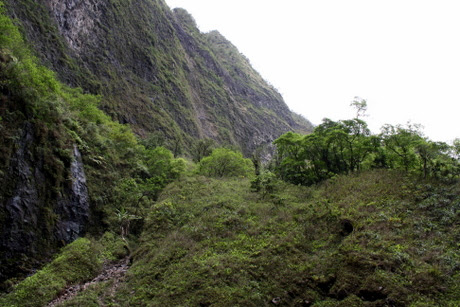 We were lucky that it wasn’t rainy and hadn’t just rained when we did our hike, as we probably wouldn’t have been able to hike much of the trail since slippery mud and high waters would have made it pretty treacherous. 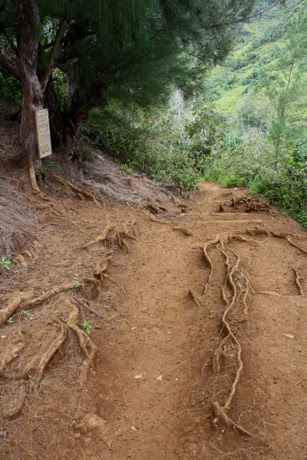 As it is, there were times on the side trail to the waterfalls when we had to cross streams and small waterfalls that made us a little nervous (especially when the trail was narrow and steep), but if you’re careful you’ll make it past those fine. Just don’t try to do it if it’s wet and raining, and especially if there are high waters.

We learned a few lessons from this hike: